“This song breaks down barriers of language, religion and nationality and touches the heart. Love from India.

Welcome to the sweetest corner of the internet in the Indian subcontinent – Coke Studio Pakistan’s YouTube comment section.

Coke Studio – Pakistan’s longest-running music show, produced by beverage giant Coca-Cola – features studio-recorded performances by some of the country’s most famous artists. The music ranges from offbeat pop and soulful qawwali to rap – all of which draw heavily on folk traditions and classical poetry.

The article continues after the ad

The series was a smash hit in Pakistan from the start, but what surprised its creators was its enduring popularity in India. The two countries have a long-standing hostile relationship that has often hampered cultural exchanges, despite their shared history.

“Even Coke Studio Pakistan never imagined it would get so much love from India – so much so that it has been more successful than India’s own Coke Studio!” says popular Indian composer Shantanu Moitra. “I think it’s amazing.”

Despite strained relations, Indians and Pakistanis have always shared a deep affinity for each other’s art and culture.

Millions of Indians still hum along with legendary Pakistani singers such as Ghulam Ali and Abida Parveen. Generations of Pakistanis have grown up with a steady diet of Indian films, with Bollywood films breaking box office records there. The TV soaps of this country are extremely popular in India.

Until a few years ago, artists from both countries often collaborated on music and film projects. But when political hostilities migrated to the cultural arena, Bollywood abandoned Pakistani actors and Pakistan banned Indian films.

But the love for Coke Studio lives on. 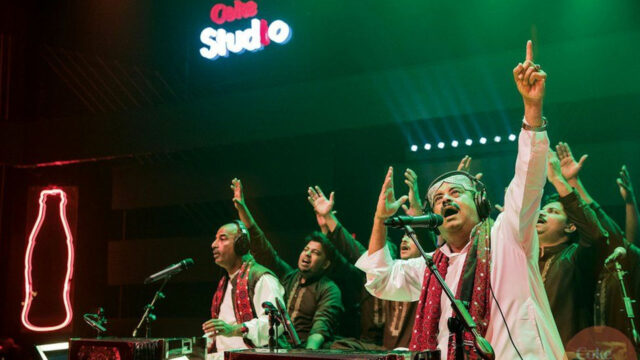 The show was launched by Pakistani musician Rohail Hyatt, who produced nine of its 14 seasons.

As a young man in the 1980s, Hyatt says he was happiest playing songs by Pink Floyd and The Doors. For years, he says, he lived in this “Westernized bubble,” where listening to local music was considered unsophisticated or uncool.

But this belief was challenged when he started working as a producer with famous Qawwali artists such as Rahat Fateh Ali Khan.

“I realized there was so much depth in our music. It was a moment of great awakening for me.

Hyatt then embarked on a dizzying musical journey, experimenting with fusion and eclecticism. He dug deeper into the traditional sounds of Pakistan and created new ways to merge them into an electronic landscape.

“The idea was to share our traditional music with the world, but in an acceptable sonic scale,” he explains.

In 2005 Coca-Cola came on board – Coke Studio was adapted from a promotional project the company did in Brazil.

There were challenges. Hyatt says he faced a lot of skepticism and was only allowed to do three or four songs on an “experimental” basis in the first season, which was released in 2008.

“But those songs ended up being the most popular,” he says. “So in season two, I did everything.”

Over a decade later, Coke Studio Pakistan is going strong with millions of fans across the countries. India and Bangladesh now have their own versions, but the original remains the most popular. 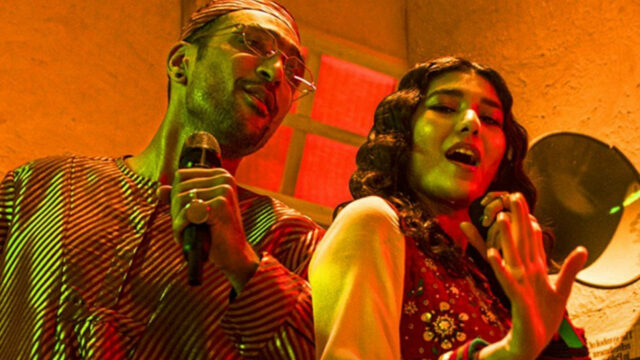 Fans say they can’t get enough of the show’s underground vibe, which evades conventional categories, existing between genres instead.

“There is so much story and soul in every song,” says an Indian fan who has been following the show for years. “But there’s also the funk and groove that makes you want to get up and dance.”

Coke Studio has taken all Pakistani music – from pop to qawwali – and put it on one platform, says Faisal Kapadia, the lead singer of Strings, a Pakistani pop group that produced four seasons of the show.

The show has also stayed fresh because its producers are constantly reinventing it.

“Each time a new producer took over, they brought their own twist to the music. You have a different flavor every season,” Kapadia says.

So while Hyatt intentionally added a psychedelic touch to the music to “bring it into that zone”, Kapadia drew heavily on the traditional poetry of the Sufi saint Amir Khusro, as well as the pop rock elements that were signature of his band and classical film music. he grew up listening.

“It’s a bit like the James Bond movies. Every time the actor changes, the theme stays the same but the mood of the film changes,” Kapadia explains.

For Hyatt, the goal was to reinvent music without making it easy.

“It was an exercise in how close we can be to the original, but also related to the west,” he says.

Pakistani singer Zeb Bangash, who has been a frequent guest on the show, says this is one of the reasons for his popularity in India.

“Indians are no strangers to fusion music. You are watching songs composed by [Indian music director] RD Burman – he consistently brought jazz and Afro-funk rhythms, melodies and interludes and married them to traditional sounds,” she says.

But Coke Studio has also proudly adapted and presented local folk music traditions like never before.

“This, along with the smooth sound, captured the imagination across borders,” adds Bangash.

Moitra adds that Coke Studio is also a refreshing change in India, where film music – especially Bollywood – acts as a “heavyweight”.

“Bollywood is like a blotter table. He takes anything good and makes it his own, including alternate styles of music or lyrics,” he says.

“Coke Studio, on the other hand, puts the musicians center stage. And I think that really makes all the difference,” says Moitra.

More than anything, the show’s success is also an encouraging reminder of the ability of musical cultures to thrive even in adverse political circumstances. As a friend jokingly put it, it’s like Rumi’s proverbial field that exists beyond the ideas of “evil and good”.

Moitra says it also offers hope for a revival of cultural ties between India and Pakistan. “There are dark phases but there are also better phases and I think once that happens the artists will work together again,” he says.

The sentiment is shared by his counterparts across the border.

Bangash recalls the “beautiful and amazing” experience she had in 2011 working with Moitra and other musicians who, she says, “were ready not just to be friends, but to make real connections” .

Kapadia is also looking forward to coming back and performing in India.

“The love we received from the Indian public is incredible. We were very lucky.

SEOUL, SOUTH KOREA: The summer of 2022 sees stiff competition between the rising popularity of Seventeen and Ateez and iconic groups like Girls’ Generation and Blackpink returning after a long hiatus. But the NewJeans “monster rookies” live up to their title as they have won not once but twice against Girls’ Generation aka SNSD. Along […]