There really is no limit to their charisma as the talented young men of MONSTA X receive their first victory on a music show for “Rush Hour”.

On November 23, MONSTA X begins its second week of promotion for the 10th mini album Without limits on SBS MTV’s The Show. Before starting the show, the first place nominees were announced, revealing MONSTA X against ONEUS and trotting singer Jeong Dong Won.

MONSTA X performed their latest title track “Rush Hour”, gracing yet another powerful performance with overflowing charisma. Written and composed by the band’s lead rapper, Joohoney, “Rush Hour” is a track that captures the identity of MONSTA X by comparing the current saturated Kpop scene to the congested traffic experienced during rush hour.

The five irresistible young men put on a vivid performance that shows the group’s unparalleled confidence as they forge their own way even in the messy world created by the pandemic.

SBS MTV’s The Show crowns MONSTA X as lead singer for the fourth week of November. Just like the meaning of the mini-album Without limits, these young ones monstas successfully shone even more despite the era of endless rivalries with their unlimited talent and potential as artists. 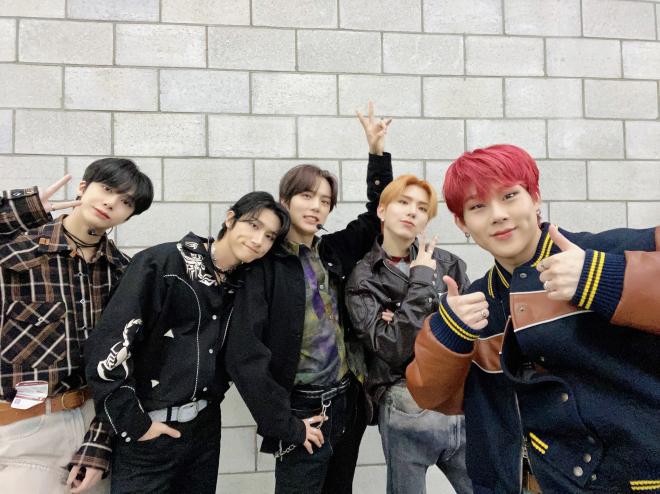 Minhyuk led the acceptance speech, noting that this was the first time they would receive a victory for the promotion. “I am so honored to receive it from The Show. Of course, to our beloved MONBEBE, I want to say that we still love you.

Passing the microphone to Joohoney, the creator of the track humbly thanked MONBEBE for presenting them with this first winning trophy. “To be honest I never thought we couldn’t do it, but I’m so grateful that I was able to win on The Show like this. It’s sad that we are receiving this first place trophy in a situation where we cannot see MONBEBE. But I still want to say thank you to all MONBEBE.

Joohoney is also extending his promise to continue creating the greatest songs that define the power of MONSTA X going forward. And of course, MONSTA X can’t end the speech without showing its extraordinary love for the fans as they shout “I love you MONBEBE” altogether.

BTS Announces Pre-Recording Of Music Show With ARMY On Its 1st Anniversary; To launch #MyBTStory with fans

On June 6 at 8:30 p.m. IST, BTS announced a pre-recording for Mnet’s music show “M COUNTDOWN.” The announcement includes a notice about joining the live show on Thursday, June 16, but it was the special highlighted section included that immediately caught everyone’s attention. Weverse’s notice announces that with pre-registration scheduled for June 13, which […]

The Ambassador Theater Group (ATG) recently opened the Swansea Arena which will stage its first major music concert this weekend when it hosts Royal Blood. The 3,500-seat venue – the UK’s newest arena – was officially opened on March 15 with a performance by comedian John Bishop, while test events featuring local bands took place […]