Although he has been a news producer since 2005, Matt Schrader sought to “get out of this world” to try something different when he set out to create the singular project Score – A documentary about film music. While Schrader had seen DVD featurettes on feature film composers, he learned that a feature film on the subject had never been attempted before. Since Schrader had no ties to the world of film composers, he began the process by first contacting film licensing experts and film score agents. “To introduce ourselves to the people we needed to interview, but also to get a better idea of ​​what this industry is like,” he revealed of his early ventures.

Initially, Schrader discovered that there were only about fifty composers who had composed film scores. “A small number of voices dominating the box office, week after week,” he said. “There’s a lot of competition – that’s where the film score agents came in. We started getting in touch with some fantastic people.” 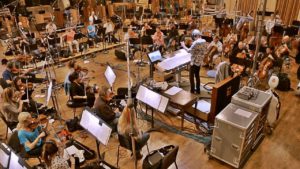 Eventually, Schrader connected with dozens of people across the industry and created goodwill among them. “We started with emails and cold calls to songwriter studios,” Schrader described. “Over maybe six or eight months, as we racked up 60 interviews, more and more people heard about [his documentary]. The composers have heard about it and would like to be interviewed. We created enough momentum for the project to start.

With interview questions tailored to each composer’s career, Schrader and the producer Trevor Thompson Completed 12 hours of preparation prior to each interview hour performed for the project. “It’s my experience as an investigative producer in the news industry that we could customize these questions,” Schrader said. “In my mind, as a journalist, it’s boring when people go into their auto-responses. Part of our strategy for crafting questions was to rehearse and do mock interviews. The strategy was really helpful. After five hours of research on Hans Zimmer, we were playing role interviews. We started tailoring our questions in a certain way and avoiding any story told before.

Additionally, Schrader chose to avoid the use of a voice-over narrator for his film. “There’s a trick that a lot of documentaries use – write it with a narrator and go back and ask people questions, and have them say what the narrator would say,” he said. “We asked all our questions and remixed the answers we got. It all played out organically; we didn’t feel like we were guided through the documentary. Our organization helped structure that.

During the editing process, early cuts of the documentary included historically significant characters, but Schrader felt that Goal played too long in these versions. “It was a rhythm thing that we came across,” he explained. “A huge fan of Elmer Bernstein might be upset that he hasn’t been around very long. We started making those decisions. 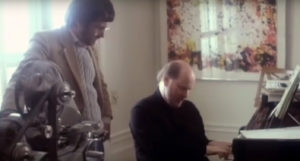 In some cases, Schrader and his team waited over a year to interview the busiest composers, but he understood their need for time and space. “These artists are writing something emotional, not intellectual,” Schrader said of the genesis of film music. “It’s very private when it’s done. In the middle, they are worried, because they have to come up with an idea, and time is running out. It’s never trying for a composer. There are billboards right outside the front door of the studios – there’s the new poster for Impossible mission, and that’s someone we were interviewing!

About the legendary John Williams, Schrader relied almost entirely on archival material. “We made a few requests, [but] we couldn’t get a full interview with him,” Schrader said. “What we’ve chosen is a growing homage to a lot of his music, which is his lasting legacy. All of these songwriters that we’ve interviewed are really inspired by what John Williams has done, coming into this industry and knocking it down with Jaws, star wars, and building musical moments into these great spectacle films – these great themes. It is a legacy that has continued to grow. In 500 years, he may be remembered more for his music than for his films. 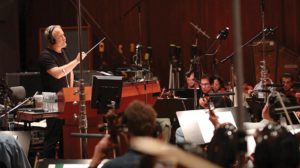 A notable composer for his private life was the late James Hornerwho agreed to conduct an interview for Goal before an accidental plane crash ended his life at age 61. As Horner was a frequent collaborator with the director by James Cameron, Schrader was able to get an interview with the filmmaker. “Cameron was devastated when he found out James’ plane had crashed,” Schrader detailed. “We can really see the creative relationship they had together: talents that enriched each other’s work. There was a language that was created to Avatar; a refrain, abstract things that he began to invent.

For potential viewers, Schrader hopes Goal serves as an introduction to a world that moviegoers already understand, at least unconsciously. “Anyone who grows up in modern culture inherently understands how powerful film music is,” Schrader said. “There is television, there is cinema, and when you watch something, you want to be absorbed in it, attracted by the experience. The most important thing that does this is the music. When you can enjoy it, it enhances the experience that much more.

For more information on how to watch this movie, please link to https://www.score-movie.com/watch

A new unscripted documentary series is being produced by BET and Irving “Irv Gotti” Lorenzo title, Murder Inc.. The five-part television event is designed to tell the untold story of the rise, sudden fall and redemption of, Records of Murder Inc.; and the mastermind behind the Hip Hop powerhouse, Irv Gotti. According to the statement […]

Starting May 15, Eagle Rock Entertainment and Michael Murphy Productions will present a virtual cinema release of the acclaimed New Orleans documentary. Up From The Streets ®: New Orleans: The City of Music. Viewers will be able to purchase a ticket for the film at a local cinema and watch the film at home, allowing […]

Kesha releases a documentary about the recording of her third LP, Rainbow – his first record after his ongoing legal battles with Dr. Luke. In the trailer for Rainbow – The movieKesha says making the album has been a life-saving journey. “Sometimes things just seem too much to handle,” she says in the clip. “You […]